The Major Services And Retailers That Accept Bitcoin ... 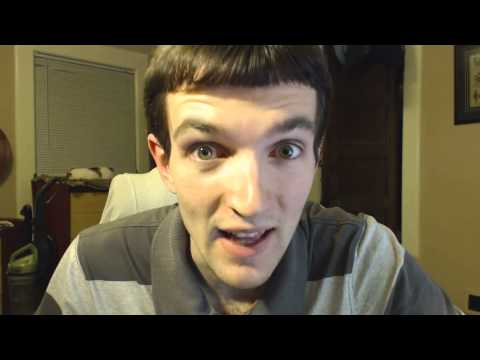 TLDR Below.
Ladies and Fellas,
For the past several weeks, Reddit has been bombarded with ads from various "crypto news sources" claiming that companies like ATT and Amazon (Whole Foods) now accept Bitcoin and Cryptocurrency as forms of payment. The dream has come true! Or has it? The method and message these processors are communicating to us is tremendously false and misleading:
First of all, it is important to know that many of these "Crypto News Sites" are pay for play. The articles are written up by special interests (a wallet, a company, etc.), a fee is paid to the "news website," and the article is then posted as news on their feed. It can then appear in the apps we use to track coin prices, RSS feeds, and other avenues of access to the general public under what people assume is "news." These posts are expensive, which explains the massive shill effort taking place.
Now, lets use Bitpay as an example as they have been among the most prevalent in this practice and the most aggressive that I have personally conversed with. Bitpay is a payment processor, similar to Visa or MasterCard, however Bitpay specifically allows payments in Cryptocurrency, in conjunction with whatever else they offer.
When the shillers tell you that ATT or Whole Foods will provide you with a QR code and you send payment to them, the payment address actually belongs to Bitpay, who for a small fee then converts your Bitcoin / Cryptocurrency to fiat and pays the major company in fiat. At no point does ATT, Amazon, or any of these large companies actually handle your Bitcoin. They do not accept Bitcoin or Cryptocurrency at all. The processor does, and these processors are trying to make it seem as if the major retailers do.
That is what really grinds my gears. Many of us are looking forward to the day that OUR actual Bitcoin will be accepted as payment because this act not only validates one of many use cases for Bitcoin, but also signifies a real world functionality for our wallets - introducing a much larger scale of adoption and societal acceptance. These "fake news" sites and posts mislead us to believe that this time has come. It has not. Hopefully one day, but like Arya said "not today."
At no point do any of these companies handle or even deal with Bitcoin or Cryptocurrency. Yes, technically, you can send your Bitcoin to an address and have your bill or statement paid off, but it is not via actual Bitcoin acceptance by one of these major companies. It is via a payment processor who will most likely charge you a small fee (on top of marginalizing the conversion price by a few %) for converting your Bitcoin to fiat and then paying off your bill in fiat. The simple fact that these companies have been trying so hard to make us believe that our Bitcoin is accepted in the manner which they are should be a red flag in and of itself!
Some people may not mind, saying "cool, I can send my Bitcoin to an address and my balance with a major company will be marked as paid." Thats your business and your freedom to do what you want with your $. Others like myself, feel like these processors are communicating false information making it seem like Bitcoin and Cryptocurrency are accepted at 100's of major retailers when in fact fiat is the only thing they do and ever have accepted. This campaign is a grey area lie (for lack of a better term) and it is misleading and untrue. Be careful and DYOR.
TL/DR: The past few weeks, various post have flooded this space claiming Fortune 500 companies and major retailers now accept Bitcoin. They do not and this is a deceiving and misleading statement. ATT and Amazon accept fiat, and these shady processors are trying to fool us into thinking major retailers accept Bitcoin and Cryptocurrency. They accept fiat only at this point. The processors accept our BTC, convert it to fiat, and pay the retailers in fiat. There is no translational increase in adoption or social awareness by any major retailer. Don't get fooled. DYOR.

The case against bitcoin

$800 for a digital coin is absurd beyond all tenable logic
let's see..... very few retailers accept it
converting bitcoins to dollars involves a substantial currency/friction risk
market is very illiquid unlike forex which contributes to the market friction
no one gets paid in bitcoins. so even if major retailers accept bitcoin only .00001% of the population will have any to spend with
spending fiat to buy bitcoins so you can shop with bitcoin is redundant
obvious bubble. parabolic chart doomed to crash
not even anonymous. the feds are all over bitcoin now
cumbersome, hard to use for non-tech people, 14 minute delay between transactions
no consumer protection. perfect for scammers
most of the usage here http://blockchain.info/charts/n-transactions is from satoshi dice, wallet transfers, etc and relativity few actual productive commerce
environmental waste from the inordinate power required to mine bitcoins
edit..wow didn't expect post to go viral
edit 2. dropping fast

Major Australian Supermarket Chain Now Accepts Bitcoin. IGA is a network of independent retailers comprising over 1400 stores spread all over Australia. Now, these stores are accepting payments in bitcoin and other cryptocurrencies.

What is the end game?

Personally I'm about 90% confident that mass adoption of BTC or any other crypto as a proper currency (means of exchange, unit of account, store of value) will never happen - have a look at some of my other comments if you want to understand why I hold that view. Last year it was found that the number of retailers accepting BTC was actually decreasing ( https://www.newsbtc.com/2017/07/14/fewer-major-retailers-accepting-bitcoin-sudden/) . I think the market will continue for a period of time as it is today as a volatile, speculative commodity-like instrument, not too dissimilar from online gold trading.
My question is what's the end game? Is the current state a sustainable outcome indefinitely? Will there come a time when the majority of market participants recognise that mass adoption as a currency likely won't ever happen? If so:
1) How long do you think it will take for the recognition to set in? 5 years, 10 years, 20 years? How long does it take to realise that a vision has failed and isn't just waiting to happen?
2) When it happens, what will the equilibrium state of the price chart look like? A drop to zero, or bouncing indefinitely like a headless zombie?

Since Microsoft is one of the major retailers accepting Bitcoin, I thought I would take the opportunity to use some there. However, they provide a payment address with a QR code, and when I scan that code into the Send address on Coinomi, it says there was a problem scanning and won't go any further. Is this related to the BTC/BCH ambiguity? How can I use Coinomi to send Bitcoin to Microsoft? I think they are actually using Bitpay anyway.

Major Retailers Like Whole Foods Accept Bitcoin, Is This Enough To Convince No-Coiners?

Major Retailers Like Whole Foods Accept Bitcoin, Is This Enough To Convince No-Coiners?

19 Major companies that accept Bitcoin. Here are some of the most popular companies that accept Bitcoin for their services and/or products. 1. Microsoft. Microsoft is one of the first tech giants to accept Bitcoin as an official payment method for some of its top products ever since 2014. By adding Bitcoins to your Microsoft account, you can buy anything from Windows 10 licenses to games ... Major Companies who Accept Bitcoin; Stores that Accept Bitcoin; Frequently Asked Questions; Conclusion ; 1. Major Companies Who Accepts Bitcoin as Payment Wikipedia. Wikimedia, the company that operates the world’s largest open-source encyclopedia, Wikipedia, accepts donations in Bitcoin. Payment is done through BitPay. Microsoft. The company allows the use of Bitcoin to top up your ... Note: You can also use Spendabit to find places to buy most items with Bitcoin. Major Retailers Microsoft. Microsoft has been accepting Bitcoin for use in its online Xbox Store since 2014. They temporarily took a pause from accepting it due to the volatility and now again are accepting it strictly for the Xbox store credits.. Bill Gates has commented on Bitcoin many times saying things such as ... At the moment of updating this guide, the store uses Coinbase Commerce to accept Bitcoin and other popular cryptocurrencies. Visit Nafa (For Indian users) Conclusion: Websites That Accept Bitcoins. There is a neat trick that you can use to spend Bitcoin oo a website that doesn’t accept it. The solution is using a Bitcoin debit card. Let’s take a look at 13 major retailers and services that accept bitcoin in 2018. 13. Subway. Subway is yet another one among a great number of services and companies that accept bitcoin. At ...

If yes, then you'll be happy to hear that electronic retail giant Newegg accepts bitcoin. Newegg has chosen BitPay as its payment processing partner for the digital currency. Bitpages.co is a world wide directory of bitcoin merchants that let you spend bitcoins or go bitcoin shopping. iOS and Android app to make locating bitcoin retailers easy wit h the convenience of ... Download Brave Browser and start earning BAT tokens https://brave.com/cha735 - 13 Major Retailers and Services That Accept Bitcoin https://www.lifewire.com/b... I love to see new things and having a travel agency accept bitcoin seems to be right on being the fact that Bitcoin is a international currency. So there you have it the 10 major companies ...