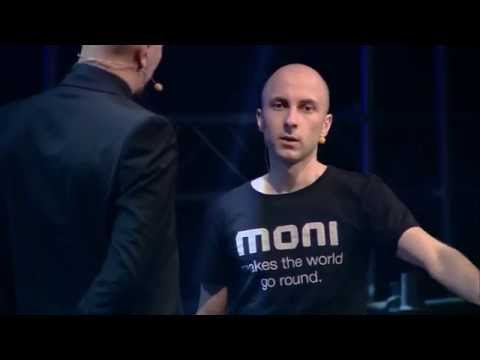 The first reddit outtake from Digital Gold: newly unearthed emails from Satoshi in 2009 about what it would take for Bitcoin to catch on

This is a bit of an experiment: the first reddit outtake from Digital Gold, the story of Bitcoin, which I’m releasing with HarperCollins on May 19.
In the run up to the book’s release, I’m seeing how it works to post exclusive material to bitcoin — stuff that ended up on the cutting room floor but that should be fascinating for people steeped in Bitcoinia. I will also be putting up fun facts from the book on my Facebook page and Twitter.
This email exchange from 2009 occurred eight months after Bitcoin was initially released, early in the story of Digital Gold. The Finnish college student Martti Malmi was one of the few people helping Satoshi Nakamoto to keep the system up and running. Bitcoins themselves were worth essentially nothing at the time. The lack of interest kicked off this conversation in August 2009 about what Bitcoin might need to grow. Thanks to Martti for sharing this, and a lot of other stuff about those early days.
Satoshi: It would help if there was something for people to use it for. We need an application to bootstrap it. Any ideas?
Martti: I've been thinking about a currency exchange service that sells and buys bitcoins for euros and other currencies. Direct exchangeability to an existing currency would give bitcoin the best possible initial liquidity and thus the best adoptability for new users. Everyone accepts payment in coins that are easily exchangeable for common money, but not everyone accepts payment in coins that are only guaranteed to buy a specific kind of a product.
Satoshi: That would be more powerful if there was also some narrow product market to use it for. Some virtual currencies like Tencent's Q coin have made headway with virtual goods. It would be sweet if there was some way to horn in on a market like that as the official virtual currency gets clamped down on with limitations. Not saying it can't work without something, but a ready specific transaction need that it fills would increase the certainty of success.
Martti: At its simplest this exchange service could be a website where traders, who can be individual persons, can post their rates, and random users can leave trade requests. Some kind of an average rate estimate could be shown on the site. Small-scale trading by individuals would be outside legal hassle in most countries, and putting all the eggs in the same basket would be avoided.
Satoshi: Basically like an eBay site with user reviews to try to establish which sellers can be trusted. The escrow feature will help but not solve everything. It would be far more work to set up such a site than just to set up a single exchange site of your own, and there won't be enough users to make it go until later. I'm thinking it wouldn't make sense to make an eBay type site until later.
Martti: Another idea, which could be additional to the previous one, would be an automated exchange service. The service would automatically calculate the exchange rate and perform the transactions. This would be nicer to the user: completion of the transaction request would be certain and instantaneous. Making this service might actually be quite easy if there was a command line interface to Bitcoin: just take any web application framework and use PayPal back-end integration to automatically send euros when Bitcoins are received, and vice versa. This kind of business would also work great on larger scale if you set up a company and take care of all the bureaucracy needed to practice currency exchange. (I actually have a registered company that I've used for billing of some IT work, I could use that as a base.)
Satoshi: Even if you had automation, you'd probably want to review orders manually before processing them anyway. It wouldn't be hard to process orders by hand, especially at first. You could always set a minimum order size to keep orders more infrequent.
I’m hoping the community here can help get the word out about Digital Gold. The best way to help is to pre-order the book either on Amazon or on Overstock if you want to pay with Bitcoin.

Bitcoin: The Rise and Fall or There and Back Again

Henry Brade from Bittiraha.fi interviewing Martti Malmi, early core developer of Bitcoin. Check our websites from below: https://bittiraha.fi/ https://btcsto... Henry Brade from Bittiraha.fi sums up the Bitcoin 2014 conference. Here are the links for the full interviews: Martti Malmi, first developer after Satoshi: h... Thoughts about the Future Of Bitcoins by Bitcoin Developer, Martti Malmi - Duration: 19:01. Slush Recommended for you. 19:01. NEO holders are rewarded GAS & Airdrops! Earn Passive Income ... Martti 'Sirius' Malmi flew out form Finland, and we got to discuss his personal and political values of "voluntaryism." In this episode of the Cazzell Report, Martti shares how his voluntaryism ... The next video is starting stop. Loading... Watch Queue